Rise of British Indian Rishi Sunak to the most prestigious position, what does the future entail? A Luxury Unplugged Podcast 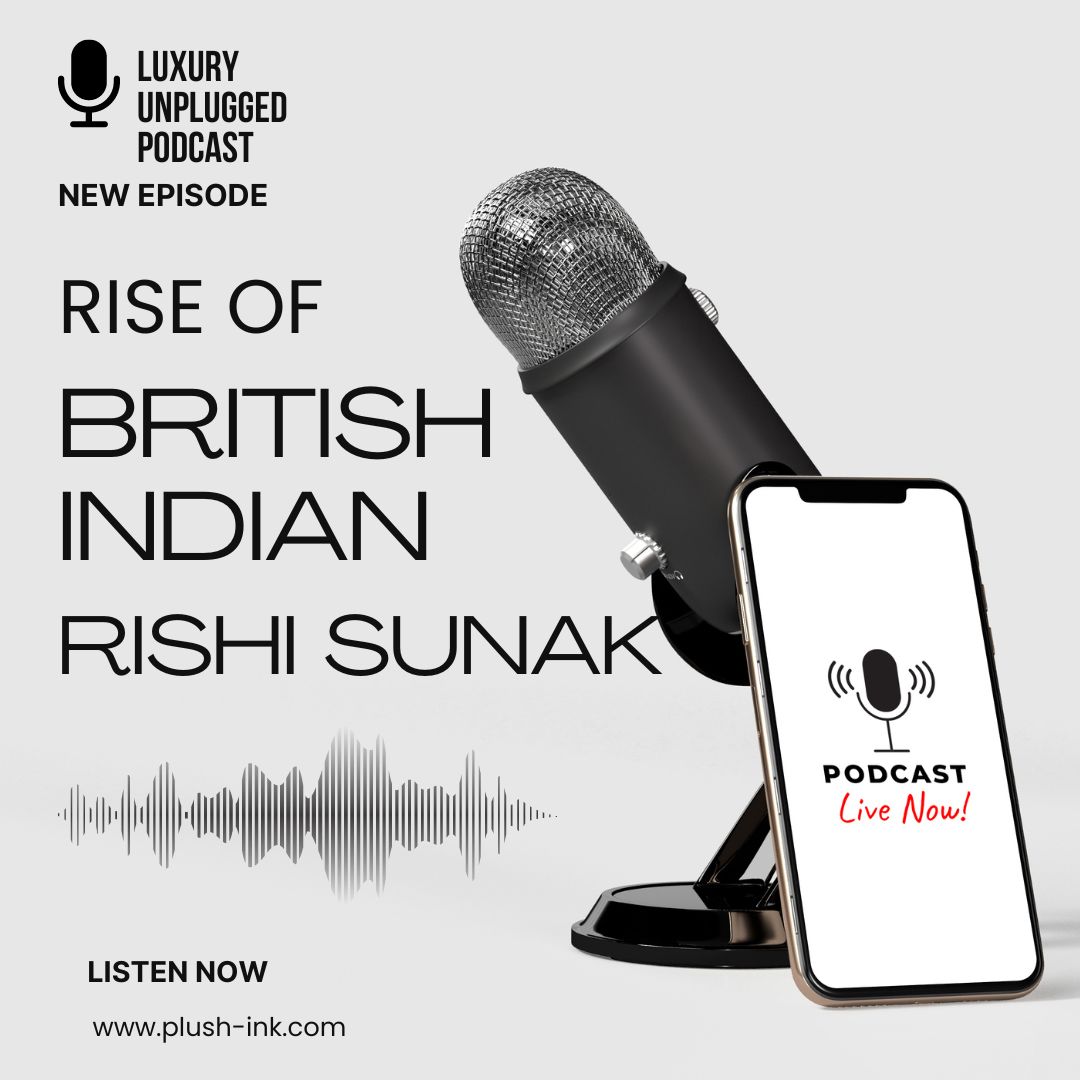 Because Luxury Unplugged Podcast is all about luxury meeting enlightenment.

There is no better example than Rishi Sunak, who is not only a British Indian elected as the British Prime Minister but also he is a fine example of someone embracing our Rich Indian heritage, and success in the British land.

Having worked in highly esteemed companies, helping his mom in her pharmacy, to doing Gau puja with equal Élan, he exhibits that success can be experienced as you slowly but surely chisel your own meticulous craftsmanship.

Let’s explore in this podcast, Rise of Indian origin Rishi Sunak to the most prestigious position, what does the future entail for a regular British Indian? A Luxury Unplugged Podcast

For Sponsorships and collaborations, write to us at info@plush-ink.com

On the Hindu festival of lights, Rishi Sunak — who is of Indian descent and a practicing Hindu — became Britain’s prime minister.

and the newspapers are flooded with the news like:

“Indian son rises over an empire,” read a chyron on the leading English-language NDTV channel.

Prime Minister Narendra Modi alluded to those “historic ties” in a tweet congratulating Sunak. “Special Diwali wishes to the ‘living bridge’ of UK Indians, as we transform our historic ties into a modern partnership,” Modi wrote.

However, coming from Punjabi heritage, he also takes on the more esteemed title of the nation’s first British Asian leader.

It will be the first time the UK has had a non-white prime minister. Rishi Sunak, a Hindu, has become the youngest president in the last two decades.

His parents were Indian immigrants who grew up in Southampton. He is now the Conservative Party’s leader in the House of Representatives.

He takes over from Liz Truss, who broke record as the youngest leader in history.

The British politician stayed in office for 44 days and failed to exceed one head of lettuce, a British newspaper live-streamed on the web in an effort to determine which lettuce will last the longest.

Sunak was born in the city with longest name of Southampton, England in 1980. His father, Yashvir, was a family doctor originally from Kenya and his mother, Usha, was a pharmacist originally from Tanzania. They moved to the UK before Sunak was born. Sunak’s grandparents on both sides were migrants from India who had settled in East Africa.

He was born in England to Indian parents, and he often spoke of feeling divided between his Hindu heritage and cheering for the local soccer team as a child.

Sunak embraces his Hindu religion and took his oath of office as finance minister in 2020 by placing his hands on the Bhagavad Gita, a sacred Hindu text.

He said that lighting Diwali oil lamps outside 11 Downing Street in November 2020 was one of the “proudest moments” of his life.

In his own words, he says and I quote:

“I am now a citizen of Britain. But my religion is Hindu. My religious and cultural heritage is Indian. I proudly say that I am a Hindu and my identity is also a Hindu,” Sunak said in 2017, when former prime minister, Theresa May, made him a minister in her cabinet.

In August 2022, when Sunak was considered a likely candidate to succeed Boris Johnson as prime minister, he was spotted performing a “gau pooja” (cow worship) in London.

Sunak, Hindu British PM, will probably have the support of the Indian diaspora. With 1.5 million people in Great Britain making up one of its largest ethnic minorities, this is a significant population backing him.

Indeed, it is about living your dreams.

The Sunaks’ personal family history could be read as a testament to the British dream: the idea that the UK is a land of opportunity where, no matter where you come from, if you work hard, and you have focus: you can make it right to the top.

British Raj, the period of direct British occupation of the Indian subcontinent between 1858 and 1947. The Raj was succeeded by the British East India Company in managing subcontinental territory when general distrust and dissatisfaction resulting in a massive rebellion in 1857 caused the British to consider a different way of governance. British authorities took over ownership and ruled directly.

On Armistice Day 1918 over a million Indian soldiers had been sent abroad in support of the Allied front against all of the major battlefronts, including Gallipoli in Europe and Turkey.

Almost 155,000 Indians were killed at Indian battlefields during the war.

India provided material and financial assistance to the war effort that included shipping large amounts of ammunition and supplies and supplying nearly five million tonnes of wheat in British waters, while the raw jute, cotton goods, rough tan, and tungsten materials were also supplied by India.

The British raj, a period of direct British rule over the Indian subcontinent lasted from 1858 until the independence of India and Pakistan in 1947.

Anyways, the history calls for another podcast episode. In this episode, let’s concentrate only on the victory and the glory of what just happened.

Let’s celebrate the Indian journey and the rise of Rishi Sunak in the British land.

The journey of the British Indian community

People of Indian origin community in Britain, have a long and textured history, dating back centuries to the early days of the British Raj.

Since then, they have made significant contributions to British society, culture, and politics.

Today, there are an estimated 1.4 million British Indians – making them one of the largest minority groups in the country.

They come from a variety of backgrounds and regions, each with its own unique customs and traditions.

Despite their diversity, people of Indian Origin background are united by a common identity and shared set of values.

This was evident during the COVID-19 pandemic when members of the community came together to support one another during these challenging times.

From doctors and nurses working on the front to volunteers delivering food parcels to vulnerable people, the British Indian community showed strength and resilience in the face of adversity.

Looking to the future, it is clear that the people of Indian Origin community will continue to play a vital role in shaping Britain for generations to come.

The current state of UK-India relations

There are also strong economic ties between the two countries, and cooperation on a number of issues, such as climate change and trade relations.

Indians in the United Kingdom

This number increased to 15 Indian-origin MPs in the new UK Parliament in 2017 and since then there is no looking back.

The Indian Diaspora in UK is one of the largest ethnic minority communities in the country, with the 2011 census recording approximately 1.5 million people of Indian origin in the UK equating to almost 1.8 percent of the population and contributing 6% of the country’s GDP.

By Standing up for Farmers, Rishi Sunak has already made a special place in the Indian community worldwide.

Through visiting farms and auction marts and speaking with dozens of farmers, he has spoken on several occasions about understanding the issues facing the farming community today.

How have people of Indian Origin contributed to society and the economy?

British Indians have made significant contributions to the United Kingdom in a number of different ways. For starters, they have helped to boost the economy through their entrepreneurial spirit and hard work.

Businesses owned by people of Indian Origin background generate billions of pounds each year, and many British Indians are employed in high-skilled occupations such as medicine and finance.

In addition, people of Indian origin backgrounds have made significant cultural contributions to the UK.

They have introduced popular dishes such as curry to the British diet, and they have also helped to bring traditional Indian culture to a wider audience through events such as Diwali celebrations.

As a result, people of Indian Origin have made a valuable contribution to both the economy and society of the United Kingdom.

What challenges do people of Indian Origin face today?

British Indians today face a number of challenges, both in terms of their identity and in terms of their place in society. On the one hand, they are often seen as being too Indian to be truly British, and on the other hand, they are often seen as not Indian enough. This can lead to a sense of not belonging to either culture and to a feeling of isolation and exclusion. This can make it difficult to feel comfortable in their own skin and to achieve their full potential.

What is the future for people of Indian Origin in Britain?

The future for people of Indian Origin background in Britain looks very bright.

In the past, many British Indians have faced discrimination and racism, but thanks to the hard work of campaigners and activists, this is gradually changing.

More and more British Indians are being elected to parliament and holding senior positions in government, business and industry. This is giving people of Indian Origin background, a strong voice in shaping the future of Britain.

Besides, The younger generation of Indian Origin Background and NRIs are also highly educated and ambitious.

Many are now choosing to start their own businesses apart from going the traditional route of careers in the sciences, engineering and medicine.

With their talent and drive, people of Indian Origin background are making an increasingly important contribution to the success of Britain.

Rishi Sunak’s rise to the most prestigious position in Great Britain as the Hindu British PM is the best proof of rising above the discriminations and mediocrities.

He is an inspiration to all people of Indian origin to thrive wherever they are.

Rishi Sunak springs more hope, more inspiration to all people of Indian origin to rise above the bars.

To embrace the vital and vibrant part of British society, and Indian Culture and make an important contribution to our economy, our culture, and our way of life.

As we draw the conclusion: The people of Indian Origin background community has come a long way and made great contributions to society and the economy, but there are still challenges that need to be addressed.

We hope that through continued dialogue and cooperation, both sides can work together to overcome these challenges and build an even stronger relationship.

and I leave you with this quote:

‘Move beyond the past to create something which is exquisite for the world.’

What do you think? Leave us your thoughts in the comments below.

Send in a voice message: https://anchor.fm/luxuryunpluggedpodcast/message Happiness versus money | Here’s how can money buy happiness 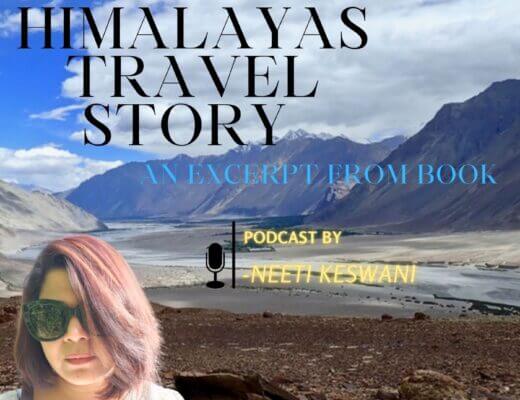