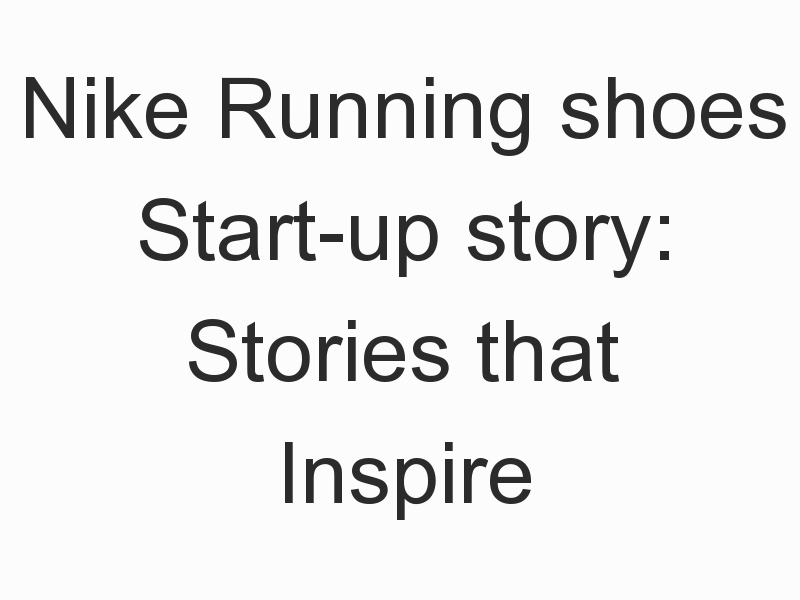 Nike was founded in 1964 by Bill Bowerman and Phil Knight. The company started off as Blue Ribbon Sports, a distributor of Japanese shoes imported to the United States, and opened its first retail store in Santa Monica, California. With a vision to create better athletes through innovation and design, they began manufacturing their own shoes under the Nike

How was Nike founded?

So, how did it all begin? When 24-year-old Phil Knight, a Stamford graduate, journeyed to Kobe, Japan in 1962 is where it started. (We’re going back pretty far, so make yourself comfortable.) After finding Onitsuka Tiger sneakers, Knight made a deal with the founder Mr Onitsuka to sell his sports shoes in America.

A year and a half later, after the trainers arrived in America (DHL wasn’t established until 1969), Knight sent two pairs to his former track and field coach Bill Bowerman. The young entrepreneur hoped that Bowerman could help him sell a few pairs of low-cost shoes. To his delight, not only did Bowerman want support his venture but he also wanted to become business partners. And so Blue Ribbon Sports was created on January 25th, 1964.

Over the years at the University of Oregon, Bowerman created custom running shoes for his athletes; adjusting them for things like cushioning, energy return and breathability. It wasn’t long before he started to experiment with pre-existing Onitsuka Tiger training shoes, piecing them together with new outsoles, midsoles, toe boxes and lacing systems to create innovative designs.

Eventually, Bowerman invented a prototype that was better than any of the Japanese label’s offerings. After much deliberation Bowerman gave his creation the name Cortez..

The Cortez shoe was a massive success for Onitsuka Tiger and Blue Ribbon Sports, becoming a best-seller two years after its production began in 1966. Its sleek design captivated athletes and everyday wearers alike – a testament to Bowerman’s talent for creating fashionable shoes that were also comfortable. However, as the business continued to grow and expand, tensions between partners soon arose…

After several arguments, Blue Ribbon Sports and Onitsuka Tiger ended their relationship in 1971. Afterward, Bowerman, Knight, and others did what most new singles do–they rebranded. The Nike name was inspired by a dream of one of the new employees in which he saw the Greek Goddess of Victory. Carolyn Davidson from Portland State University designed the Nike logo for only $35 but received 500 shares of Nike stock later on.

After Blue Ribbon Sports was outfitted with the proper resources to change their appearance, they became Nike, Inc. You can read about how it all unfolded in Phil Knight’s novel, Shoe Dog.

Do you love to run? Or are you looking to start running as a way to get in shape? If so, then you need a good pair of running shoes. And when it comes to running shoes, Nike is one of the best brands out there. In this blog post, we’ll take a look at some of the best Nike running shoes for both men and women. So whether you’re a seasoned runner or just starting out, you’ll be sure to find the perfect pair of kicks for your needs. Let’s get started!

Why Nike is the best running shoe brand

Nike is the top running shoe brand for a good reason. Nike produces shoes that provide superior cushioning and comfort with their Nike Air Max and Nike React technologies, both of which have been tested extensively by professional athletes. Nike shoes are also designed to be lightweight and breathable, making them ideal for long-distance runs.

Their superior traction gives you added grip when you need it most, giving you total confidence in your footing on every run. Nike shoes also tend to have a sleek, modern design that is fashionable and represents the unique style of each individual runner. Finally, Nike offers a wide selection of sizes, colors, and styles to match any runners’ personal tastes or preferences.

All of these factors make Nike the best-running shoe brand on the market today. Whether you prefer minimalist looks or high-end cushioned performance, Nike has the options to fit your needs. With Nike’s commitment to quality engineering and long-lasting materials, Nike is your go-to source for running shoes that will keep you comfortable while delivering championship levels of performance.

Nike is a leading authority when it comes to running shoes, and its wide variety of styles have been designed with every type of runner in mind. For instance, those looking for a lightweight ride can opt for the Nike Pegasus Turbo 2 or Vaporfly 4%, both of which feature responsive cushioning and an ultra-thin mesh upper to keep feet cool during long-distance races.

If you’re in the market for a durable shoe that won’t break down even after months of heavy use, then try out the Nike Air Zoom Structure 20 or React Infinity Run – each style has been engineered with a high level of durability and cushioning for extra support on longer runs.

Runners, rejoice – there’s a pro athlete–approved Nike running trainer on the market that’s sure to make a bona fide difference to your performance! Named the Nike Air Zoom Tempo NEXT%, the model boasts two isolated zoom air pods under the forefoot, two types of responsive midsole foams (namely, ZoomX foam and Nike React foam), a flyknit upper and a collapsible heel. adidas, eat your heart out. £145. At nike.com, prodirectrunning.com and sportsdirect.com

The Air Max 95 – known locally as the Air Max 110, a name that references its initial pound sterling price point – is the brainchild of trainer designer Sergio Lozano.

On the other hand, if you need a reliable everyday trainer that can handle short sprints and light jogs, then look no further than the Nike Free RN 5.0 or Tanjun.

With an arch contour construction and strategically placed traction pads on the outsole, these two models provide great grip on surfaces like concrete and pavement to give runners a natural feel during their workouts.

No matter your needs or running experience, you’ll surely find something among Nike’s diverse range of running shoes that will help take your performance to new heights! ̵

There’s an irony to be found in the fact that, as of late, skaters- an anti-fashion, function-first bunch – have become our style inspiration. Nevertheless, one of the best ways to develop a skateboarding look is by wearing some fat-tongued SB Dunk Lows with baggy trousers and a PACCBET tee Topping our wishlist? stockx.com and ebay.co.uk

More of a high-top man? Allow us to acquaint you with the SB Dunk Low’s older, taller cousin: the Nike Dunk High. The 1985 silhouette was designed to allow young basketball players to flex their college colours on court, which explains why the most coveted pairs of high-top Dunks take the names of American universities (e.g. ‘Syracuse’, ‘Michigan’ and ‘Kentucky’). stockx.com

Sacai x Nike possesses a sincerity that sets it apart from other sneaker collaborations. It’s a true fusion of ideas. Take, for example, the collaborative Vaporwaffle silhouette: an amalgamation of the Nike Pegasus and Nike Vaporfly that embodies Nike’s forward-thinking attitude and Sacai’s experimental approach to design. farfetch.com and stockx.com

Nike running shoes are a popular choice among those looking for comfortable footwear during exercise. Not only do they provide superior cushioning and support to your feet during exercise, but they also boast a wide range of other benefits. One advantage is their lightweight design and breathable fabric which allows air to circulate around the foot, keeping it cool even during intense workouts.

The midsoles of Nike running shoes also feature excellent Shock Absorption Technology, making them an ideal choice for those who need extra protection for their feet and legs when running or jumping on hard surfaces.

Additionally, their non-slip rubber outsoles ensure that you remain firmly grounded during exercise regardless of the surface you may be on. All in all, Nike running shoes offer superior comfort and performance – perfect for athletes seeking an edge over the competition or people simply wanting to stay healthy and active without worrying about injury or discomfort.

How to choose the right Nike running shoe for you

Choosing the right running shoe can be a difficult process. With so many options from Nike, it can be hard to know where to start. Here are some tips for helping you to find the perfect pair of shoes for your next run.

First, consider the type of surface that you’ll be running on. Different shoes offer different levels of cushioning and stability depending on whether you’re running on a road or a trail. Next, assess your individual gait.

If you tend to overpronate (i.e., roll your foot inwards) then you may need extra support in your arch and midsole.

Finally, determine what type of cushioning is most comfortable for you. Some runners prefer more cushioning in their heel while others may like their forefoot and midsole to feel cushioned too.

Keep all these factors in mind when looking through the wide variety of Nike running shoes: with a little bit of research, you can be sure to find the right one for you!

How to care for your Nike running shoes

As a runner, it’s important to take the proper measures to care for your running shoes. This is especially true for Nike running shoes, which are built for endurance and offer many technological benefits. To ensure that your Nike running shoe retains its superior cushioning, durability, and fit over its lifetime, there are several steps you should take.

First, it’s essential to clean your shoes after each practice or race. Start with mild soap and water and use a separate toothbrush to gently scrub away any debris or dirt from the soles of the shoe. Next, apply a thin layer of leather conditioner or wax to premier leather Nike running shoes in order to help protect them from rain or moisture.

It’s also important to rotate between two pairs of running shoes so one can have time to dry out completely before being worn again. Finally, when not in use, store your Nike running shoes in a dark closet space as direct sunlight can cause them to dry out prematurely and compromise their fit over time. Taking these basic steps will go a long way towards keeping your Nike Running Shoe lasting longer while helping you stay on top of your next personal best!

Nike running shoes are some of the best in the business. They’ve been designed with runners in mind, and they provide a wealth of benefits for wearers. If you’re looking for a new pair of running shoes, or you just want to learn more about Nike running shoes, be sure to check out the links below. Thanks for reading!

This villa in Anjuna, Goa, is big on the little things 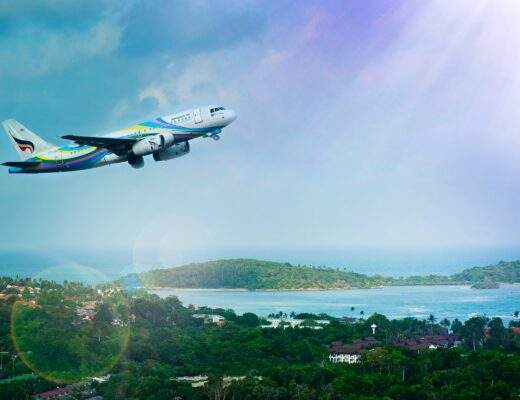 10 Countries to Travel now from India

Splendid River Rafting in Rishikesh: it’s worth it! A luxury Unplugged Podcast